Today has been my biggest day on Twitter since I joined several years ago.  Including re-tweets, I tweeted 43 times today.  My topics varied from the passing of cricket legend Tony Greig, interacting with a guest on ABC News24, a very healthy "discussion" on the safety of B-Triple trucks, photography re-tweets and linking to a YouTube video of my kids.

All these tweets today took my total number over 1000, but I still call myself only a casual user of Social Media.

Twitter are slowly rolling out the ability to view all of your twitter history.  When it's available to me, I'll be really interested to look back at what I posted in my early days. 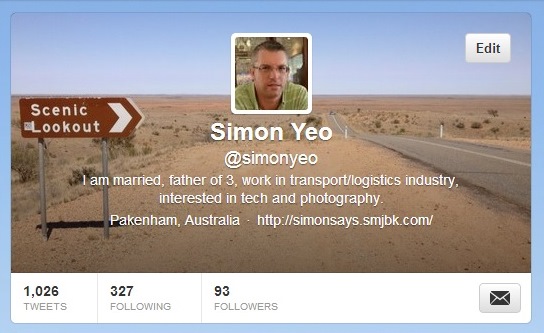 I went for a walk last night with Mandy, Brad and Karla to have a look at the local Christmas Lights some local residents have put up on their houses.

I took my trust Nikon along to try and get some nice shots.  With a highish ISO setting and wide aperture I was happy with the results.  There's a small street where everyone is right into their Chrtistmas lighting and lots of people walk through in admiration.  I'm really happy with this shot which not only captures the extensive display of lights, but also the community atmosphere of this normally quiet Pakenham street. With the HDDs removed from the old Dell machine,
my "NexStar" adaptor can connect to both SATA and older IDE drives,
sending data to the new PC via USB3.
at 7:45 PM No comments:

My boys, Josh and Brad, are in the local swimming club and both swim in the squad.  For the next 12 months I've been elected to be Club Secretary. The first job for me in this role was to re-register the club's expired web domain and set up the web site.  Being a small community based club, there's not much funds for a professional site, so I've used Google's blogger service to set up a free blog style web page.  All we've had to pay is $25 for two years registration of the domain name.


So here it is... www.cardiniapiranhas.com.au 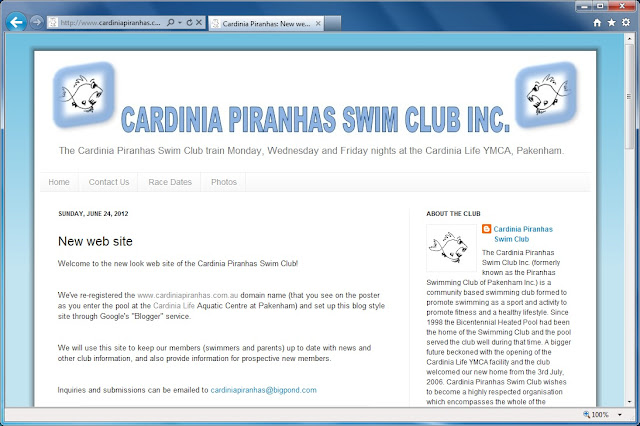 On a "spur of the moment" last weekend, I decided to take some photos around Warragul with my Nikon D5100 DSLR, and was surprised with how well this simple shot of dis-used tracks and switch levers at the train station turned out.